from the "Why not Torture?" Firestarter 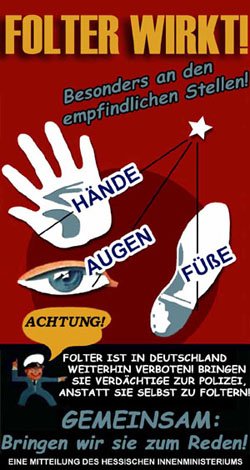 I have been told the first poster (on the right) is legitimately a piece of propaganda from about the WWII era. I initially found it on a German language anti-torture web site. According to babelfish (which does funkily literal translations) the German translates as:

Torture works!
Particularly in the sensitive places!
Hands eyes feet
Note!
Torture is further forbidden in Germany! Bring they suspects to the police, instead of torturing it!
Together: We bring it to talking!
A report of the Hessian Ministry of the Interior

The second poster, below, is a piece of satire (or so I fervently hope) which I found on the web while researching the first propaganda poster.

(back to the Why not Torture? Firestarter) 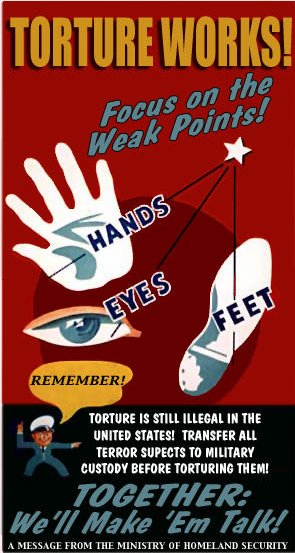